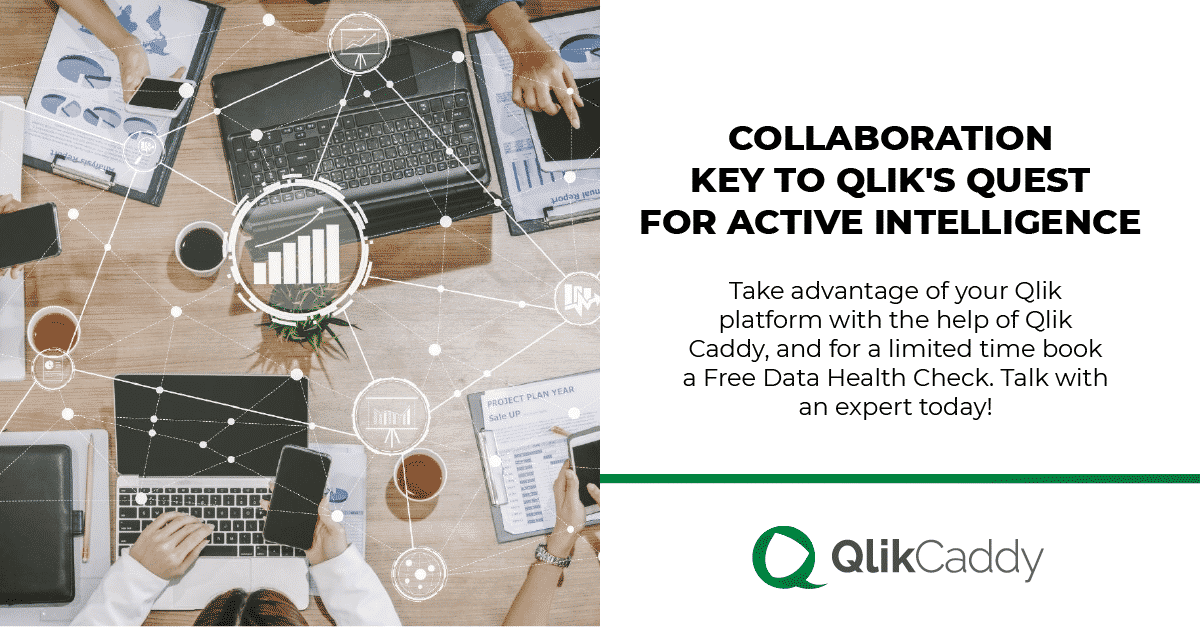 Among the new capabilities Qlik recently unveiled is a tool that enables collaboration not only at the end of an analytics project, but also throughout the project lifecycle.

It’s been more than a year since Qlik first introduced the concept of active intelligence, and as part of enabling customers to take action based on insights as soon as possible, the vendor recently debuted new collaboration capabilities.

Qlik, founded in 1993 and based in King of Prussia, Pa., defines active intelligence as the ability to deliver data and analytics to customers in real time, no matter where they may be at any given moment, so they can make data-driven decisions.

But active intelligence isn’t just about Qlik delivering information and insights with push notifications or providing the tools to embed data within everyday work applications and to develop dashboards and reports that can be used to inform decision-making.

With the introduction of Collaborative Notes in Qlik Sense in June, Qlik now enables users to share and communicate throughout the analytics process — not just at the end, once dashboards and reports have been developed — to enable decision-making earlier than was previously possible.

Using the new tool — the result of Qlik’s 2020 acquisition of Knarr Analytics — customers can take snapshots of data and analytics and add commentary to communicate their opinions about something, then tag colleagues to prompt discussion and collaboration.

Qlik previously enabled collaboration and conversation within its platform, but not from the start of a project all the way through insight and action, according to James Fisher, Qlik’s chief product officer.

“What I think is really interesting around collaboration is that, too often, it happens at the end of the analytics project — someone has found out an insight and, now, they’re engaging in some kind of collaboration around what to do with it,” he said.

Collaborative Notes “is about bringing active intelligence to light based on real-time information much further down the supply chain,” he added.

That ability to collaborate at the start of the development of a new data model or application and throughout the process of building those analytics assets, rather than only at the end, meanwhile, is significant, according to analysts.

“If you’re going to add collaboration to a BI and analytics platform, it should absolutely be a tool that ties collaboration to the analytical assets and the entire lifecycle of development and consumption,” said Doug Henschen, an analyst at Constellation Research. “It’s very important to work collaboratively with a cross-functional team at the outset of any analytical project.”

Similarly, David Menninger, senior vice president and research director at Ventana Research, said collaboration in analytics is vital because few business decisions are made independently, and the more collaboration that can take place throughout the analytics lifecycle, the better the data-driven decision-making.

“When you can collaborate at the individual analytic object level, that’s really important because then you can share the context of the analysis that you’re performing or questioning,” he said. “You don’t have to spend a lot of time getting someone to the same starting point. That’s why it’s important having the collaboration deeper down in the analytic processes.”

While Collaborative Notes extends Qlik’s active intelligence capabilities, it was not the only new tool the vendor released during the second quarter of 2021.

Before 2021, the vendor rolled out four platform updates per year — one each quarter. Starting this year, however, Qlik began releasing new capabilities to its SaaS customers as soon as they were ready, while still packaging new capabilities in quarterly releases for on-premises customers.

Two of the more significant releases in recent months were new self-service reporting capabilities and Cloud Data Services, according to Fisher.

The self-service reporting capabilities, first released in early June, enable users to schedule the delivery of a chart or sheet containing specific data and have it emailed to themselves in PDF format.

Cloud Data Services, meanwhile, was first made available at the end of June and is Qlik’s suite of related data services such as Qlik Catalog and Qlik Cloud Analytics and takes advantage of some of the data integration technology Qlik acquired when it purchased Attunity in 2019.

Meanwhile, both Henschen and Menninger highlighted capabilities related to Qlik’s October 2020 acquisition of data integration vendor Blendr.io and subsequent addition of Blendr’s capabilities as important additions to the Qlik cache of tools.

“The Blendr capabilities are really interesting,” Menninger said. “Because analytics is about improving your business operations.

“Once a decision is made, it needs to be implemented, and Blendr provides some of those capabilities, changing analytics from read only to read/write,” he continued. “If you’re going to take action, you need to initiate some sort of transaction in a system.”

Some of the systems with which Blendr enables Qlik users to take action are Salesforce, Microsoft Dynamics, Marketo, SAP, ServiceNow and some home-grown applications, according to Henschen.

“The Blendr acquisition was particularly important in that it will enable Qlik to trigger actions in external systems,” he said. “The promise is delivering concise, action-driving insights within the context of external decisions points.”

While Qlik has already incorporated some of the capabilities it attained by acquiring Blendr and added to its active intelligence capabilities, more are still to come.

And according to Fisher, one that will be added during the third quarter of 2021 is application automation. Users will be able to automate tasks within applications, which has the potential to improve user efficiency and increase the overall productivity of the business.

“We always talk about putting analytics at the point of decision, and I think, now, with Blendr, we’re going to put the action at the point of action and trigger that workflow,” Fisher said.

Another area of focus will be what Fisher called impact analysis.

“That’s really about helping drive trust in the underlying data so that it can be easily understood and interpreted.” he said.

Henschen, meanwhile, said he hopes Qlik will add capabilities that enable users to do deeper data science without requiring the skills and oversight of an actual data scientist.

“The boundaries between BI and analytics platforms and data science platforms are getting fuzzier,” he said. “I’d like to see Qlik push a little further into data science without trying to pretend it can become a platform for data scientists.”

And Menninger said he’d like to see Qlik continue to build up the natural language processing (NLP) capabilities of its platform.

“Continued development of natural language processing is the way the most analytics vendors are going to significantly broaden their market,” he said. “Vendors can broaden their market with … NLP because it makes the analytics more accessible to a broader group of people. They’ve done a decent job, but I’d like to see more — not just from Qlik, but the market in general.”

Qlik Caddy is a unique service on the market that can make your life easier and help you get the most of your most precious asset, your data.

Take advantage of your Qlik platform with the help of Qlik Caddy, and for a limited time, book a Free Data Health Check. Talk with an expert today! https://www.moveitanalytics.com/request-your-free-data-health-check/

Series of Webinars Showcase the Breadth of Impact

Catch the best of QlikWorld 2020 On-Demand 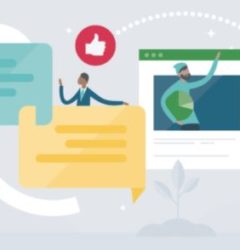 Personalize, Narrate, Reuse: Something for Everyon